Hello lovely readers and thanks for joining me for the midweek edition :)! 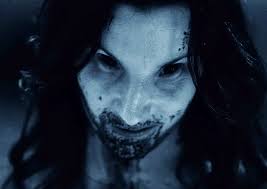 Regular readers of this blog know I love all things supernatural and despite their overuse, vampires of all kinds continue to be among my favourites. I’ve wanted to write a vamp-based series for a long while and think I might have finally decided on a story line I’d want to pursue in the future. Today though, here’s a quick excerpt from Luc, a short story piece I’d worked on some years ago. We enter as the protagonist gets lost in memories and maybe . . . blood. Enjoy ^_^:

~ “Do you remember?” It was her voice in his head again, taking him back to the realm of pretense. Her voice tormenting him. It was after all, his fault that she was not with him. Images of her face came clearly, taunting him further. On any other night he would have decided it was the hunger driving his melancholy, but he wasn’t yet craving the drink. He was acutely aware of what was at the root of this latest bout with torturous memories. They made him furious with himself . . . with her. Need to forget, he thought, casting his eyes on the offerings before him. Hungry or not, he’d made this night’s choice.

There she was. The one he would begin his feast with. She was a beauty dancing in the lights from store windows, aware of the numerous eyes following her at every turn. He knew this woman as he knew them all. This one reveled in the attentions of men; women. Whoever would make her queen in their minds she would entertain. He walked behind her, noticing the slight tear in the hem of her green skirt. She turned a corner. 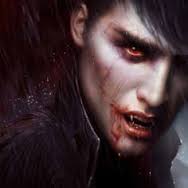 He followed. She had not heard him, so quietly did he move and her instincts had not warned her, so entranced by the memories of her evening was she. The little street she’d turned onto was deserted and he saw his chance.

In seconds he was behind her and she turned, feeling the odd disturbance as he reached for her hair. Her eyes spoke of terror, his spoke of lust. He would enjoy this, enjoy every moment. She opened her mouth to scream as his head descended to her neck. He smelt what he wanted . . . ~

Love or hate vampire fiction? Share with me in the comments below ^_^.

Have a great evening all and I’ll see you Friday ^_^!

Look out for the Awakening Character Guide on April 8, 2015 and catch up with the story using the link above, as with only FIVE chapters left, you’ll want to catch up ^_^.

Remember you can also contact me for information about facilitating reviews, interviews, etc on this blog site ^_^.