With so much going on this week (Happy New Year again ^_^!) I didn’t have much time for television. However, what I did get into was season 3 of 2 Broke Girls. The reason I started this series so late in the game, is because when it first came out I really didn’t like it much. Friends of mine have been going on about how funny it is, but I’ve remained on the fence, until now. So, I decided to skip ahead seasons to see if I liked it any better. The answer is yes, to me it’s improved quite a bit since I first saw it, though I still wouldn’t consider it a favourite. I enjoy the quick wit of Kat Dennings’ character “Max”, though her delivery isn’t always on point in my opinion. Before fans of the actress start flinging mud at me, please note I’m a fan of hers too, just not as much in this series. Beth Behrs plays her best friend and business partner 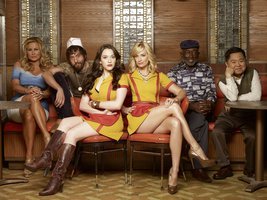 “Caroline” and with the role of rich girl turned poor, the humour is cheesy and expected, yet works in this instance. Other characters who make up the show include “Earl” (Garrett Morris), “Oleg” (Jonathan Kite) and “Sophie” (Jennifer Coolidge). Oleg and Sophie are especially fun to watch as you never know what they’re going to say next. So, if you’re into comedy that’s not fall out of the chair funny, but still gets a few wide-mouth grins out of you, this one could be for you :).

Besides watching the New Yorker’s version of being broke, I’ve been . . . 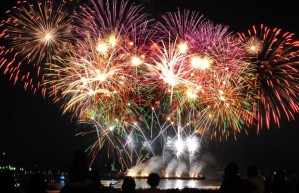 1) Sorting some business before my vacation is over next week. It was important to do so, as I didn’t want to have it hanging over my head when I get cracking with more writing from next Tuesday :).

2) Celebrating Old Year’s and the New Year in pretty low-key fashion. Friends and I got together with drinks, food and conversation. It was a nice way to ring in the year and I look forward to what 2015 has in store.

That’s all from me today my lovelies, which series are you into right now? Share in the comments below :)!

Please note: January 14, 2015, Part 1 of Chapter 16: Glamorous Lies, will be posted on ‘Jackie Jones on Wattpad.’ The Awakening Character Guide will be available on January 7, 2015. Get acquainted with the story using the link above, as with only FIVE chapters left, you’ll want to catch up ^_^. Over 6.4k reads so far :)!

Look out for a new FEATURED BLOGGER from February 2015!