Haven’t really had the time to watch much this week, but what I did manage to start was The Knick. I hadn’t read up on what it was about and thought at first it was supernatural in nature, but it’s not. However, watching surgical procedures and medical experimentation based on the way they were in earlier times, I have to say in some ways, it might as well be. Clive Owens is pretty great in the role of “Dr. John W. Thackery”, as is André Holland as “Dr. Algernon Edwards”. It’s interesting to see Holland take on the ‘only black doctor in New York’ role and facing adversity because of this, while holding his own in many other ways that I won’t mention — spoilers :). As for Owen, he’s captured the ‘tortured’ doctor role and it’s cool that they haven’t gone the ‘mad doctor’ route with it this time. While I’m not completely taken with the show, I like the balance of personal turmoil and medical drama all rolled into one. If you’re not a fan of seeing everything up-close (blood, gore, etc), you might want to steer clear, however, if not and medical dramas are your thing, this could be a new one for you to check out :).

Other than cringing at the crazy of early plastic surgery methods, I’ve been . . .

1) Meeting my new The Wardens Series season 2 deadline and I’m just a couple chapters off the mark. Can you say *yay* with me? (The Wardens Series is an ongoing supernatural thriller/fantasy series that chronicles the action-packed adventures of wardens Erin and Zach as they travel the world keeping rogue supernaturals in line.)

2) Buried under client-work (social media management, writing, editing, etc). Seems everyone decided they wanted extra done in these last few weeks ^_^. I’m thankful as this is more financial fuel for my word babies :). 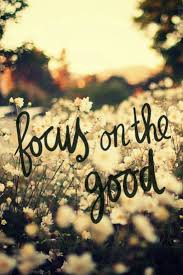 3) Had to address myself sternly as I was starting to have a bit of anxiety at the thought of not finishing all I wanted to this year. However, I paused and considered everything that I have completed, some things that weren’t even in the cards . . . not too shabby :).

4) Tying up loose ends as I want to take a couple weeks break soon. Realised I hadn’t taken one since I left my journalist job last year and after a friend pointed that out, decided it was definitely necessary.

That’s all from me today guys, what’s your weekend looking like? Tell me about them in the comments below :)!

Please note: In January 2015, Part 1 of Chapter 16: Glamorous Lies, will be posted on ‘Jackie Jones on Wattpad.’ Look out for the Awakening Character Guide in December 2014 and catch up with the story using the link above, as with only FIVE chapters left, you’ll want to catch up ^_^. Over 6.2k reads so far :)!

Look out for a new FEATURED BLOGGER from January 2015!