It’s the midweek! We made it everyone! I hope it’s treating you all well. 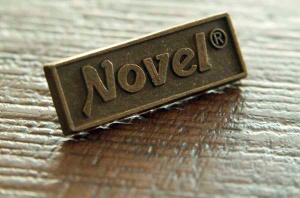 Today I want to talk about my journey shopping books to agents and publishers. Let me begin by saying that when I look back, some things are pretty amusing and it’s good that instead of wallowing on the floor somewhere, I can actually laugh about them now. 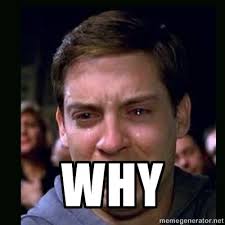 The first story I submitted was what I thought was a full-length novel. In actuality it was a short story — just shy of 30k words. I loved this story, loved the protagonist and remember spending hours getting everything just right, well, just right in the way 16-year-old me thought it was ‘just right’. I sent it out without the help of Google to tell me what was right or wrong about my query – if it wasn’t MSN back then it was broken – and without the help of Google to even find what was looking for (it didn’t occur to me to look inside books for publishers). Anyway, I clicked send and waited with baited breath. Funny enough the reply didn’t take long to come, it was a rejection, but a nice one that said they were not interested, but suggested I consider trying the animated route for my story, particularly anime. Note that at the time I was unaware that half the cartoons I watched were considered anime, but I digress. Point is I looked at that as a flat out rejection with no hope on the horizon.

Okay, so back then I was pretty depressed usually. If you read my Jackie Reveals series of posts (use those keywords to search the blog for them), you’d probably see glimpses of that in some of the stories. I was great at hiding it, but that didn’t stop what was going on deep inside. After that rejection letter I felt about as dejected as burnt toast and though I was still writing, I kind of flopped about at home for a while instead of being carefree as we’re apparently supposed to be as teens.

I didn’t send that one out again, but did get the opportunity for a respected publisher to read it about three years later (long story how that meeting came about). I’d cleaned it up a lot by then and remember being so excited to hear his thoughts, while at the same time feeling my stomach churn with the possibility of a bad review. After all the waiting and the worry and making those closest to me just as crazy with anxiety, he told me he thought it was great, not something he could publish though (his imprint was devoted to classics) and that it reminded him of video game characters . He suggested someone he knew would appreciate it and said he’d pass it along. However, he never got the chance as his friend unfortunately passed away suddenly (true story – I researched it on Google years later), literally a month after he returned to his country. This publisher was still really awesome and sent me a fantastic letter of apology (he didn’t need to do that considering the circumstances) and tons of hardback copies of classics that I still own today. When I look back at my life and circumstances surrounding it at that time, I wasn’t ready for the big leagues either way. So, though I felt like a cartoon character with an anvil falling on its head at the time, I can honestly say it’s okay that it didn’t work out then.

I put that story aside completely and for a few years, wrote in between, but didn’t shop anything. Five years ago I started again – barely. I say barely because not only did I send out to very few agents, but each time I did, it didn’t sit right with me. It was like I knew that traditional publishing wasn’t the path for them, but took it anyway, especially as I was completely unaware any other option was available. (Didn’t start properly researching publishing until a little later). What resulted was a feeling of being kicked in the stomach each time I clicked send, cause I simply did not feel right about it. And, if rejections came in, a part of me felt like “well, you weren’t so sure to begin with so . . .” Sidenote Writer’s Hack: Don’t shop work you don’t feel positive about. Now back to shopping. Please don’t mistake me, I really enjoy all three titles and beta readers have as well, I just don’t think they were right for traditional publishing at the time. I decided to self- publish those works instead and one of them, Secrets of the Tenari (The Tenari Trilogy, Book 1) is on virtual shelves ^_^.

I stopped again for quite a while and in the last six months I’ve been going back and forth trying to decide what I’m doing with both work that’s catching dust and those I want to write in the future. I came to decisions that I feel confident about and as such, began shopping again! Currently I’m shopping the epic fantasy (yes, that you heard me griping about a few Fridays in a row lol) and in the coming months will shop a couple others. 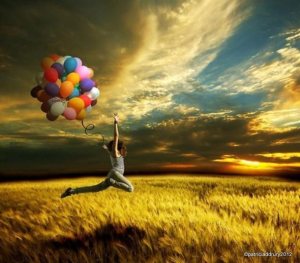 I think it’s amazing that with self-publishing writers now have options about what to do with their books outside of traditional publishing. My journey hasn’t been without ups and downs, but nowadays when I press send, I feel great and even the butterflies that inevitably come are a welcome part of the experience :).

What have your experiences been like? Tell me all about them in the comments section below ^_^.

Thanks for joining me today and part 2 of The Unbreakable Three Chapter 15 of my science fantasy novel AWAKENING (When Worlds End Trilogy) is now available for your reading pleasure here: The Unbreakable Three (Pt. 2).’ See you all Friday and I hope you enjoy the latest installment of Awakening. After a short break the beginning of Chapter 16: Glamorous Lies, will be posted on Saturday, July 19, 2014 on ‘Jackie Jones on Wattpad.’. Look out for the Awakening Character Guide, Saturday June 28, 2014 and catch up with the story as with only FIVE chapters left, you’ll want to catch up ^_^.